How Do We Put a Price on Seed?

Why Doesn’t Abenaki Calais Flint Have a Price? 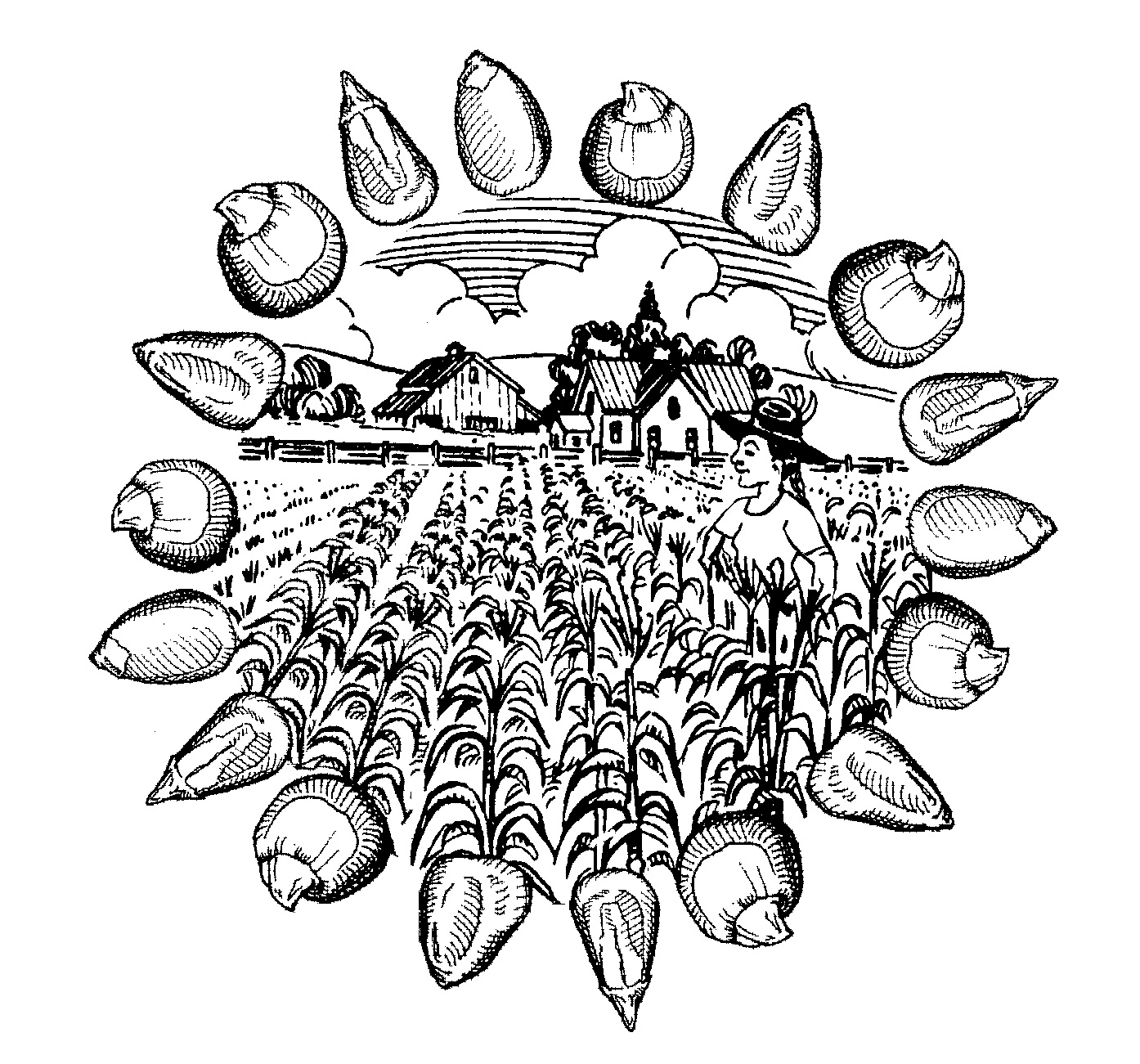 How do we put a monetary value on seed, a foundation of life? This year we ask you to join us in pondering this question. For one seed variety, Abenaki Calais Flint, you may pay the amount that feels appropriate to you.

With extractive capitalism wreaking havoc on our planet, we are interested in exploring more sustainable and cooperative models of exchange, especially for something like seeds, which have essential worth in sustaining life.

Our current economic model has outsourced much of what creates community, while also degrading our appreciation for the material world we inhabit. Birth, child and elder care, education, illness, and death have been broadly outsourced to institutions. We don’t know where most of our food comes from. Cheap goods are considered disposable (how often do we hear the axiom “not worth the money to fix”) and pile up in landfills, or float off in oceans. In the far-off places where our goods are manufactured, our fuel is extracted, and our food is grown, communities are being poisoned, exploited, destroyed—all out of our sight, which makes it easy to ignore our own complicity.

We need other ways, and there are a few ideas taking root in our communities. The idea of mutual aid calls people together to meet each other’s needs outside of the unjust systems that fail us. This aid can happen directly and immediately, without waiting for power structures to do the right thing. People give what they can and receive what they need.

A second idea constellates around the gift economy—the direct provisioning of needs without the medium of exchange. Unilateral giving can be compared to how we care for children who cannot give back the equivalent of what they receive to survive.

While money holds value in our lives, we can work to connect ourselves to what we spend it on.

So we’re conducting an experiment for the exchange of Abenaki Calais Flint Corn. We do this knowing that outside of the governmentally determined “exchange rate,” money holds a range of values for people. We ask that you read a bit of this seeds’s story so you can feel more connected to the harvest that will feed you in the coming season, and pay what the corn seed is worth to you.

As for all varieties we’ve designated as receiving Indigenous Royalties, a portion of sales will be paid to the nonprofit Nibezun. Once we cover our costs for the seed, we will put any profits into our Seed Farmers Resilience Fund, to help seed growers who are experiencing climate-change-related crop failures and growing challenges.

The Story of the Corn Seed

Long ago, before white settlers came to these places now called Maine or Vermont, the Wabanaki people received the gift of corn from farther south. Over time and in relationship, they tended the corn, selecting for adaptability, beauty and nutrition. We don’t know how this corn passed to settlers—whether it was given as a gift or jarred loose from its people by war and displacement—but generations of farmers in northern Vermont continued to tend a particular strain of dry corn, a staple crop for many families in the area. Adapted to the region by Indigenous seed keepers, this was the only corn variety that produced in the infamously harsh 1816 growing season. By the late 20th c., the variety was almost lost before a 10-year-old jar of seeds was retrieved from Roy and Ruth Fair’s basement in North Calais, VT, and locals began growing it again.

In 1996 Tom Stearns of High Mowing Seeds listed the variety as Roy’s Calais Flint in his catalog. Stearns thought Fedco could help keep up with the demand for this popular variety, and he shared the seed with us. We introduced it to our catalog in 1999, with organic seed grown by Vermont seedsman Jack Lazor, who was selecting it to modern standards: 10 rows of kernels, standability (not blowing over in the wind) and ease of harvest.

In 2003 we changed the name to Abenaki Calais Flint. This was a small gesture, and not enough, but we wanted to recognize the Indigenous origins of this variety, adapted so perfectly to Wabanakik, the land where we live. In 2018, we began paying Indigenous Royalties for this and a handful of other varieties, in recognition of Native Breeders and Seed Keepers.

When the time came for us to find a new organic grower of the variety, the omnipresence of genetically modified corn was an established problem. Corn pollen can drift miles, so any nearby GMO corn can contaminate a traditionally bred crop. We were lucky to partner with farmers at Songbird Farm in Maine. Coached by breeder Dave Christensen of Painted Mountain corn fame, Songbird worked diligently to reselect the variety back toward its original form: long, thin, cylindrical ears with an even 8 rows all the way down to the shank.

Abenaki Calais doesn’t hold up to mechanical harvesting, so Songbird Farm made an annual tradition of inviting neighbors and friends of all ages (including some Fedco staffers) to a day of harvesting and husking by hand, fueled by cider, cornbread and chili.

Songbird grew our Abenaki Calais Flint seed until last year when they decided to stop growing the corn until their farm could find a “formal way to approach cultural royalties” for their sale of the cornmeal. Since then, in a devastating turn of events, they learned that their fields were contaminated with high levels of PFAS, “forever chemicals” that came in with sludge spread years before they bought the land. (See: Forever Chemicals)

We started the search for another organic grower for Abenaki Calais. Corn requires a fairly large patch of arable land with good fertility and adequate isolation from other corns. Growing crops organically adds a level of difficulty, and organic certification is a rigorous process.

Luckily we found two farmers on opposite coasts to grow the Abenaki Calais seed for us. One is experienced; the other is brand new to growing seed. To strengthen the likelihood that we will have seed to sell in any given year, we often pair a new grower and an experienced grower on a single crop. 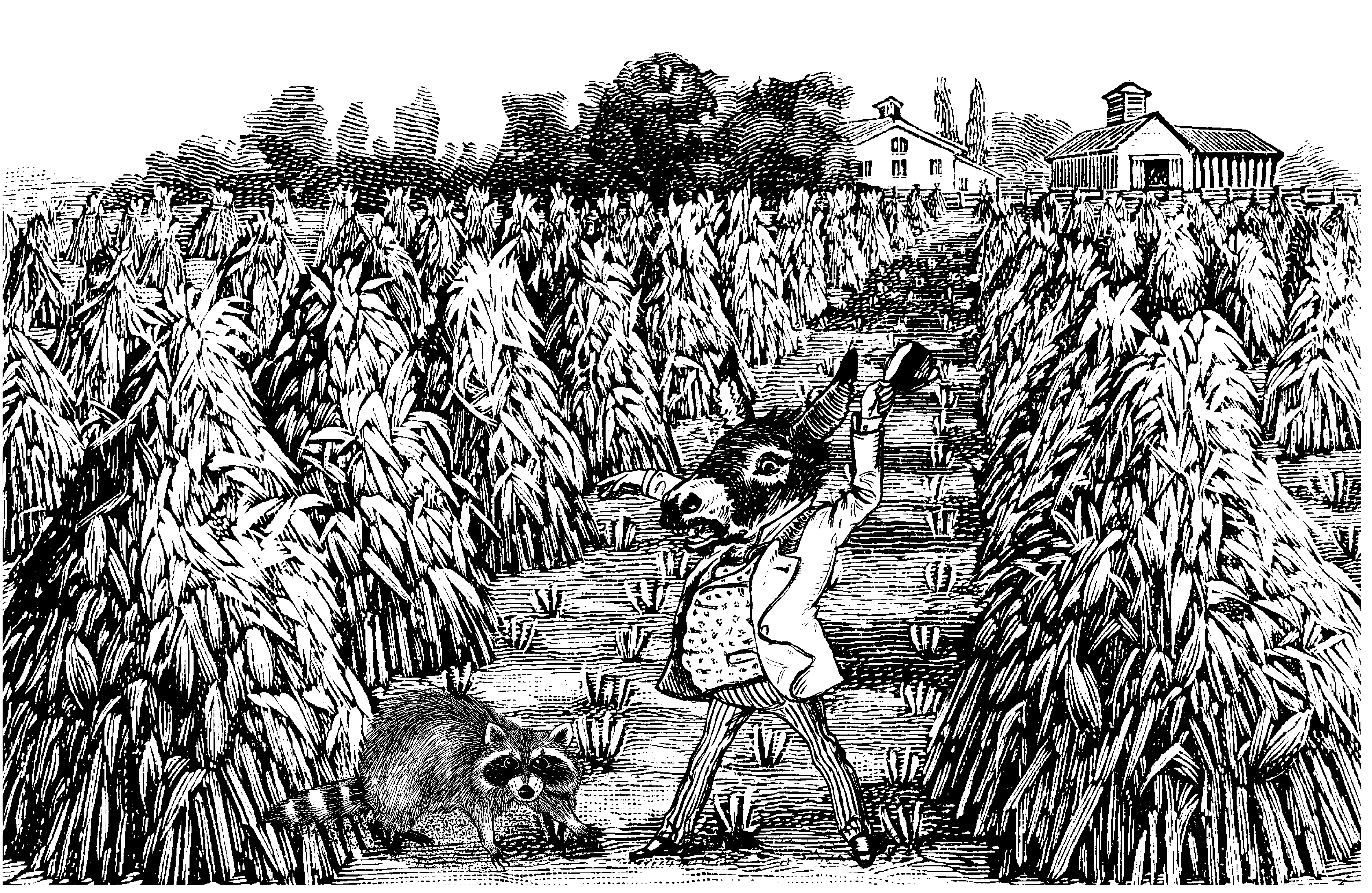 Getting Corn Seed into Your Hands

This year we contracted Abenaki Calais Flint corn from two organic farms and sent them each seed stock. Each farm planted at least 1,000 row feet—about 500 corn plants—and cared for their crops: cultivating, watering and culling out undesirable plants when necessary.

In the fall, the growers harvest and process the corn. Depending on scale, this is either done by hand or with a compound harvester. The corn seed is cleaned, so it is free of any debris, and then dried down to 12% moisture or less, so it will store well. The growers mail the seed to our warehouse in Clinton, Maine. We do germination testing on the seed—corn must have at least 75% germination rate for us to sell it.

We then test the corn seed for the presence of transgenic contamination. In 1996, our cooperative voted unanimously not to carry GMO seeds, so if a corn seed fails this testing, we will not sell it.

Once the seed passes germination testing and GMO testing, it is ready to be packed by hand by Fedco seed packers into the packets that you recognize. The packets are then added to our order fulfillment line. Fedco workers assemble, pack and ship your orders.

This seed stock has passed through so many caring and appreciative hands over many years. The next step of the seed’s journey is in your hands! Will you plant your seeds in a field, in a community garden, or in a backyard raised bed? What will your growing season be like? Will the ears adorn the eaves of your home while they dry? How will you cook the corn? Hominy in a delicious soup? Cornbread?