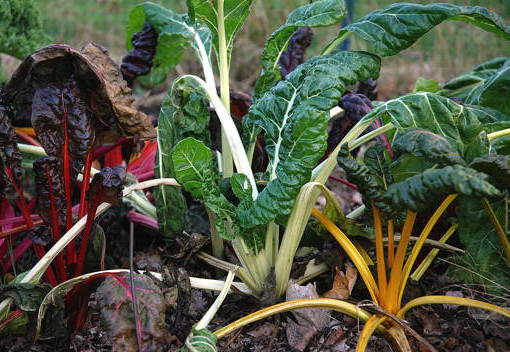 What Are Seed Ethics?

We strive to be an ethical seed company. We express this through:

In Defense of A Seed Commons

Imagine a world without a commons. Every road privately owned, each proprietor collecting tolls. A world with no post offices, no libraries, no public parks, no public water. Every square foot of land enclosed, every footstep monitored, every breath metered, all resources privately held, none shared. Seed saving prohibited. The words “Solitary, poor, nasty, brutish, and short” would not begin to describe the horrors of life in such a hell.

Yet the large corporations, to whom we have mostly ceded control as keepers of the seed, continue to drive us inexorably towards such a dystopia with their increasingly impenetrable tangles of licenses, patents and other “intellectual property” restrictions. Their ultimate aim in this sinister game of monopoly is to control all the seeds and to lease them to us each year for a restricted one-time use.

Nature, left unfettered from such proprietary control, is remarkably bountiful, generating seasonal multiples of tens, hundreds or even thousands of seeds, enough wealth appreciation to turn corporate financiers green with envy. But that envy, and the restrictive covenants it engenders, will never replace photosynthesis as a life force. The industry’s attempt to impose a proprietary model upon a product bountifully given by nature is a radical departure from our agricultural tradition.

Imagine what a seed utopia might look like. A paradigm based not on envy, greed and control, but instead on an appreciation of the co-evolutionary relationship between plants and people, built upon thousands of years of cooperation between farmers and their crops for their mutual benefit, resulting in an ever-expanding knowledge base shared as a human commons. A system that acknowledged and rewarded plant breeders for their contributions, but understood that each stood upon the shoulders of previous generations contributing to the shared collective knowledge. A system that placed no restrictions on the efforts of farmers, breeders, and communities to continue to expand that knowledge and to continue to develop crops in response to environmental and climatic changes.

Until 100 years ago we mostly had such a system in place. Less than a century ago, the USDA still sent out free seed packets to farmers to disseminate the best new varieties, rather than protect the interests of a handful of mega-corporations.

As one small step to defend our beleaguered seed commons, Fedco has joined the Open Source Seed Initiative (OSSI), an effort by a consortium of seedsfolks, farmer-breeders, academics and others to keep as many seed varieties as possible in the public domain, unfettered by privatizing restrictions. OSSI will sign up as many breeders and seed companies as possible to pledge to keep as many varieties free as possible. We will designate such varieties in our catalog with OSSI, and ask each buyer to uphold this open source agreement:

OSSI will operate by moral suasion, not by the coercion of courts of law. In a true seed utopia, every variety in our catalog would be so designated. We have a long way to go, but in the words of the late President Kennedy, “Let us begin.”

Continuing a long tradition of adapting varieties to local tastes and conditions, independent breeders are the backbone of culture. For the most part eschewing plant patents, their work is their reward. Fedco is committed to buying seed from small breeders to give economic support to their work. Though we can find cheaper seed elsewhere, we prefer not to compromise on quality or ethics.

Oregon farmer, breeder and seed grower, Jonathan Spero of Lupine Knoll Farm has spent six diligent years selecting open-pollinated sweet corn lines for depth of flavor, sweetness and tenderness to give the hybrids a run for their money. We are excited to offer his breakthroughs in OP breeding that resulted from an Organic Farming Research Foundation (OFRF) grant. Our hats are off to Mr. Spero as we see the fruits of long efforts in organic breeding beginning to ripen, as part of the Open Source Seed Initiative.