“The whole is greater than the sum of its parts.” 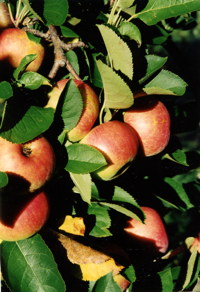 The five-year-old one-acre “functional orchard” in our backyard is looking more like a jungle each year. That’s intentional. The idea is to grow fruit trees in a mixed plant environment and see what happens. You might call it semi-organized chaos. Forty apple trees surround a small pond in three concentric ovals. The trees themselves are surrounded by dozens of plant species. We introduced many of these woody and herbaceous “companions” while others have popped up spontaneously.

At first I was tempted to remove all the volunteers. After all, this is agriculture and I should be in control, right? But I’ve resisted the temptation to “weed out the weeds.” I like to think of agriculture as a partnership between plants and people. I want to have a hand in what’s going on in the functional orchard, but not a heavy hand. I want to trust the plants themselves. If they want to be there, maybe there’s good reason.

It’s not entirely laissez-faire however. I do use what I hope is a light touch. I keep each apple tree cleared about 12" around the base. I also remove volunteer trees. This is suppose to be an orchard, not the woods. I minimize external inputs: any plants I snip off or pull out get laid right there on the ground. The orchard floor becomes the compost heap, as it is in nature. 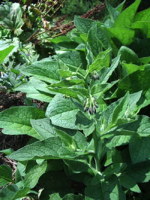 I get out into the functional orchard as often as I can. Regular observation is an essential part of learning this stuff. You can’t overdo it. Here are a few of this year’s observations:

How do you prove this system works? Maybe that’s impossible. The scientific method isolates and tests. But this is not about the efficacy of one plant or another. Rather, it’s about creating a community of interconnected plants where each one plays a role in a complicated system. The whole is greater than the sum of its parts.

So we continue to plant and observe in the functional orchard and hope that it functions. Stay tuned.