Seed grown within 100 miles of Fedco 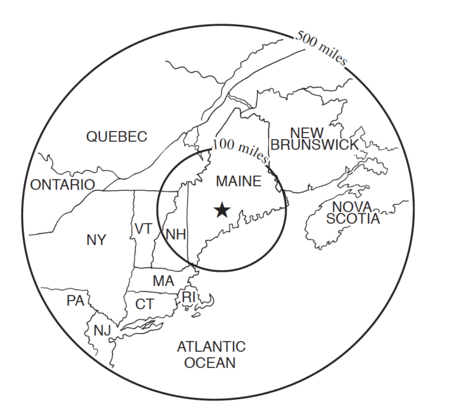 Seed grown within 500 miles of Fedco

All potato seed (except La Ratte and Nicola)

Where is the Best Seed Grown?

I’ve heard over and over that “good” seed is not grown in the Northeast. The narrative that seed should be grown in the dry western U.S. began in the 1960s and ’70s, reinforced by the government and the seed trade. This disparagement of Northeast seed ignores Indigenous communities’ generations of seed growing, breeding and selection going back thousands of years, only interrupted by European colonizers, who themselves kindled peasant wisdom to save seed, breed and select in the Northeast for an additional few hundred years. A century ago, the Northeast was a seed epicenter, playing host to a high density of seed companies, farmer-breeders and acreage in seed production of all kinds. It is only in the last 75 years that non-local seed production has become normalized.

The vaunted dry western U.S. seed-producing regions now wither and burn, regardless of subsidized water exploitation that has possibly ruined half our country permanently. The arid West-is-best propaganda of “fewer bugs, fewer diseases” masks the past practice of spraying thousands of wild acres with pesticides to keep tender European-favored crops protected. That same mantra obscures the reality that because seed crops are not classified as food, pesticide usage is allowed and applied in multiples beyond safe human consumption levels.

While we are led to believe a “perfect climate” is the prime consideration for growing seed, many locales chosen to host the corporate empires’ highly controlled germplasm are places where the ownership of seeds, soil and water, the rights of people, and politics can also be highly controlled by money and manipulation. The forces of capitalist and corporate empire identified “ideal” countries to produce seed crops for the West. India, Thailand, China, Peru, South Africa, Chile, Turkey, and Egypt (among others) have become major hosts to export-bound seed production. Where favorable and controlled conditions did not exist to host the large-scale agriculture parasite we’ve exported, the “ideal” conditions have been created and enforced.

For example, Chile, the world’s fifth-largest producer of genetically modified seed, has experienced the direct creation of conditions by external forces from the U.S. It is well documented that the Nixon administration used covert operatives and financial pressure to undermine what were seen as Chilean “leftist/socialist reforms” (started in 1964) including rural unionization of agricultural workers. This led to a military coup in 1973 and the 15-year totalitarian rule of General Augusto Pinochet. After dissenters on pure capitalism were murdered or suppressed, Chile is now known as a premier capitalist democracy and a friendly haven to international business, especially global Agri-Biz.

Hybrid seed production in particular may need the use of specialized chemicals and can require the tedious work of skilled hands repeating the intentional crosses we so admire for their supposed vigor and aesthetic perfection. The “affordable” labor used to create many of our prized hybrids at a “reasonable price point” can mean speedily rubbing small flowers together all day, day after day, for very low pay. Northwestern China, a “prime” dry-climate seed production region, is known for using forced labor of interned Uyghurs. Countless hybrids and other seeds from global companies are produced under contract in this region, just as some of the immense high-tech greenhouse operations in the U.S. use prisoners to pick “fresh” hybrid tomatoes. From seed to harvest, human rights are in question.

As seed has become more controlled, more mechanized and supposedly more advanced, people across the globe are having their traditional heirloom seeds banned from sale, banned for seed saving, and banned from replanting. There are indeed places where seed is grown for export but where locals cannot legally save and plant their heirloom seeds. Often, local seed choices have been restricted by corrupt government regulations allowing the purchase of seed from only a few huge companies. Here in the U.S., we are enamored by heirlooms of all kinds, while elsewhere people are hiding their culturally meaningful seeds for fear of fines and arrest. Vandana Shiva and her organization Navdanya have exposed these crimes against humanity, as has the farmer-centric organization A Growing Culture.

So where is the best seed grown?

There are intentional and respectful companies working in the international seed trade as well as bad actors. The challenge is learning which is which. There is no seed-supply version of Fair Trade or Equal Exchange. We only have monikers like Certified Organic, Certified Naturally Grown and conventionally grown, which do not reflect labor exploitation and land control.

The work we started at Fedco of providing numeric Supplier Codes for each variety still leaves many questions unanswered. We will continue to confront ourselves and raise difficult questions. No one in the seed supply chain, neither purveyor nor consumer, is absolved, and there should be nothing stopping us from being part of the wonderful solutions to its problems.

Seed is a responsibility and requirement of all healthy societies. Taking the challenge to grow even a small amount of seed for yourself and others releases a joy that is not easily forgotten or contained. Wherever seed and the person who cares for that seed can thrive is the best place to grow seed.